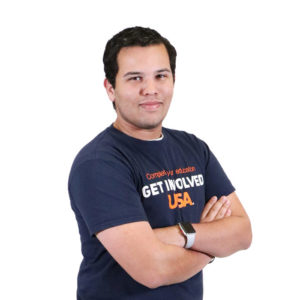 At the end of the fall semester, James returned to Texas after having a once-in-a-lifetime experience interning in Washington, D.C. As a public administration major, this was like a dream come true. James received a scholarship offered by a national nonprofit organization that allowed him to intern for 12 weeks at the capitol with all his expenses paid for. While there, he got a taste of his dream job by working at a congressional office.

The thing James loves most about the College of Public Policy is the faculty. The smaller classes gave him the opportunity to have a one-on-one relationship with his professors and he found them to always be passionate about what they’re teaching.

James decided to study public administration because he was interested in seeing the inner workings of the public sector so whatever comes out of Austin or D.C., and how it all gets from point A to Z.

James got involved with the Student Government Association in April 2016. He was appointed as the director of downtown affairs and oversaw student issues at the Downtown Campus. He thought it was a great experience to be a part of the community there. 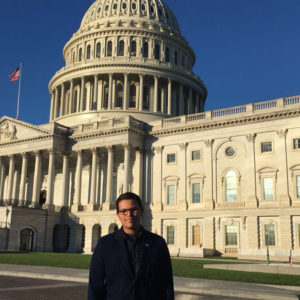 After College, James plans to return to D.C. and work as a full-time congressional staff member and maybe afterward go to grad school for either a master’s or law degree.

For Future Roadrunners who are interested in studying Public Administration, James says to, “Be aware of what’s going on at the local, state and national levels. It will give you a great conversation piece with your professors. If you have a question, don’t be afraid to ask about it in class, because it gives your fellow Roadrunners a chance to learn something, too!”

Where are they now?

James Rivera is now an Aide to County Judge Nelson Wolff and an MPA candidate at UTSA.