Meet Lance Tran, an Actuarial Science major in the class of 2022.

Lance, a San Antonio native, came to UTSA expecting to transfer to UT Austin as a student of the Coordinated Admission Program (CAP), but found himself pleasantly surprised by the university. 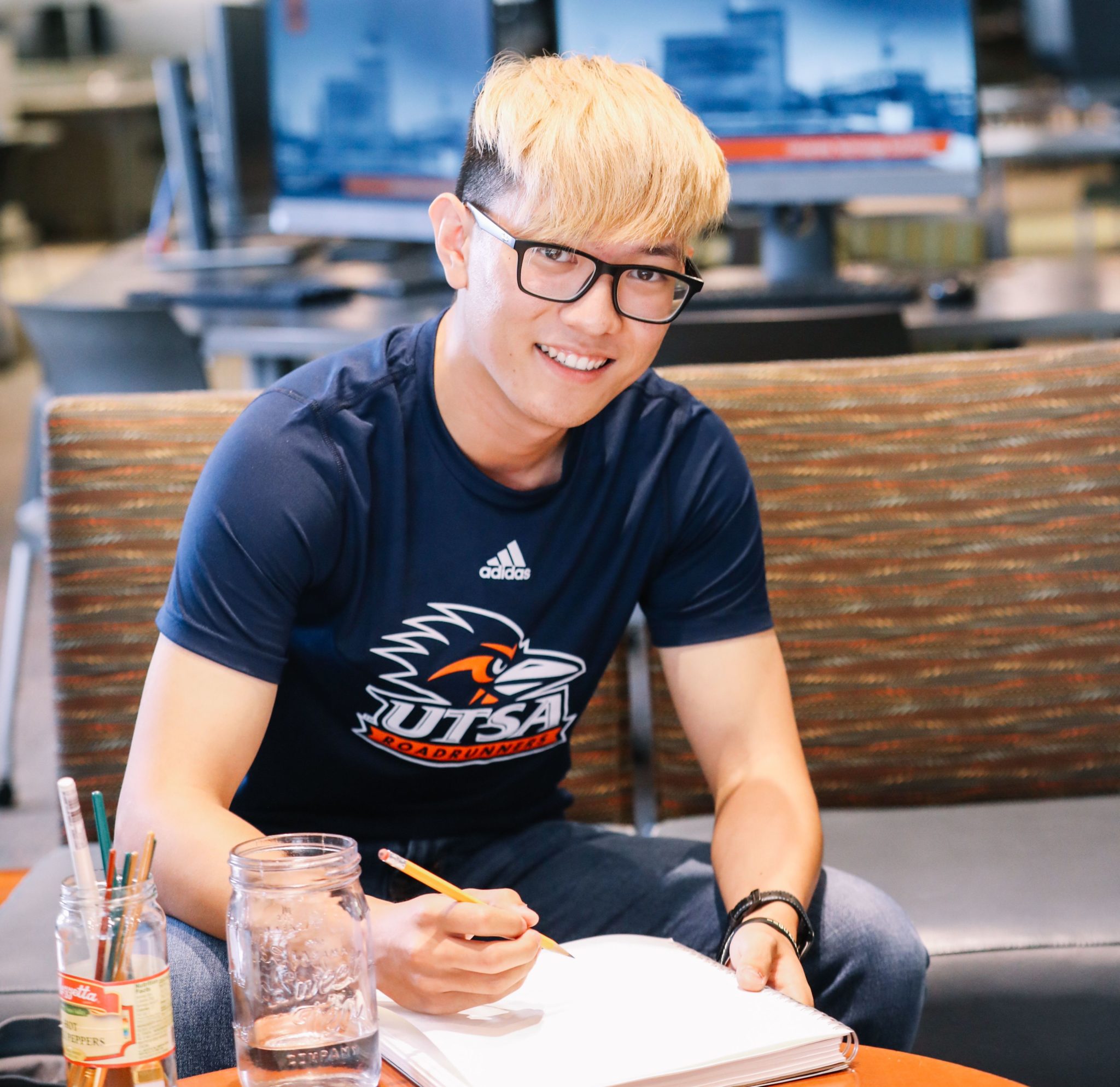 The short fifteen-minute commute to the Main Campus and potential to save money didn’t hurt, either, according to Lance, so he elected to continue his degree at UTSA.

Lance’s major is a fairly uncommon one, so what exactly is he studying? Actuarial science is the study of the financial implications of uncertain future events. Actuaries use math and statistics to assess risk in the fields of life and health insurance, pensions, employee benefits, and investments. Actuaries need excellent quantitative reasoning skills and an understanding of modern business and finance. As Lance describes it, “An actuary can become a finance person, but a finance person cannot be an actuary.”

Although looking forward to his career as an actuary, Lance plans to work as a flight attendant after graduation for a couple years before going into his career. “I want to travel the world and it seems like a very cost-effective plan,” he says.

Outside of his coursework, Lance has taken the time to make connections and get involved on campus. He’s currently the Service Director of the Vietnamese Student Association. “I’m actually not Vietnamese. I’m Chinese and Filipino,” he states, but the organization has been beneficial for him nonetheless. He goes on to say that his high school lacked a predominant Asian community he could connect with, and UTSA’s diversity allowed him to find that. “Coming to college, it was nice just know that there’s other people [that are] Asian like me, and I’m able to make those friends and connections,” he says.

Lance advises future students not to underestimate the size of UTSA. “It’s actually bigger than I expected,” he states. “There’s all these cool resources, and it’s more like a little community…it’s basically its own little city.”

UTSA is proud to have such a sense of community among its students, staff, and faculty, and Lance is proof that each Roadrunner has their own unique experiences within that community.