After graduating from UTSA, Roadrunners are more prepared than ever to begin their careers.

UTSA places a strong emphasis on experiential, hands-on learning, which is one of the best ways students can prepare for the job market. This type of learning can happen in or outside of the classroom and includes anything from internships, lab research, service learning projects, studying abroad and more.

Experiential learning will broaden your knowledge of both the professional world and life outside it. These experiences will help you develop skills that are highly sought after by employers, such as teamwork, communication and critical thinking.

See stories below from our recent grads that highlight the resources and opportunities that they received at UTSA, and the experiential learning that often came with it. 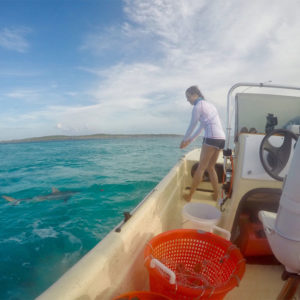 As a journalist for National Geographic, Sarah writes stories on plastic pollution, threats to marine environments, the fishing industry and climate change. She’s traveled to the Atacama Desert in Chile to write about solar energy, the Bahamas to do a story about sharks and L.A. to interview DJ and songwriter Zedd.

As a Roadrunner, Sarah was the editor-in-chief of The Paisano, UTSA’s student newspaper where she received a crash course in journalism. She worked closely with Diane Abdo, a professor in UTSA’s Writing Program and advisor to the paper.

The UTSA Honors College was also crucial for Sarah’s professional development and success. Her advisor, Dr. Anne Eisenberg, encouraged her to reach her full potential. She received the Archer Fellowship in Washington, D.C., where she later launched her journalistic career.

Sarah’s advice to Future Roadrunners is to find someone, whether it’s a professor, advisor or tutor, to be a mentor. “A good mentor will push you more than you can push yourself. They’ll be there to support you when you mess up. I didn’t think I would get the Archer Fellowship, but Dr. Eisenberg pushed me to apply and practically held my hand through the whole process.”

“Before the interview portion of the application, I practiced with Diane Abdo, and she, knowing I was nervous, asked,
‘If you don’t get it, what’s the worst that could happen? Your life will go on.’ It gave me a dose of healthy perspective when I lost sight of it.” 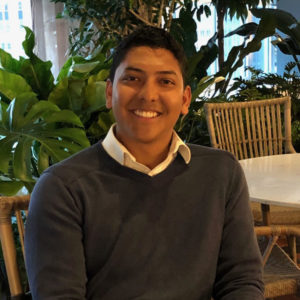 Ricardo is a Trader at Marshall Wace, a leading global investment manager founded in 1997 that runs fundamental and systematic strategies and trades throughout the world. He helps drive their quantitative trading efforts in the Americas.

Ricardo had several key experiences at UTSA that helped him build a successful career. These include being involved with student clubs like the Investment Society, seeking mentorships from faculty and finding research opportunities.

Taken under the wings of UTSA instructors like Ron Sweet and Mark Leung, Ricardo received mentorship and was able to engage in cutting-edge research that sharpened his technical skills. As a junior, Ricardo was also able to launch a startup focused on proprietary stock trading. By launching his own company, he gained the exposure he needed to fuel his ambitious and entrepreneurial spirit.

Ricardo’s advice to Future Roadrunners is to get involved with student organizations and seek experiences outside of the classroom, “Doing these things helped shape my network and reach my full potential. Find something interesting that incites a passion inside you. Without passion, it’s difficult to find success.” 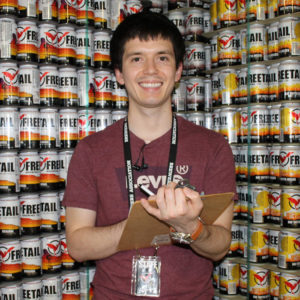 As the lab manager for Freetail Brewing Co., Matt is responsible for collecting data throughout the brewing process to ensure that every beer is exactly what his customers expect.

Matt credits UTSA’s faculty for their help with molding him into the professional he is today, “UTSA’s faculty helped hone my skills and find internships, research programs and jobs. My off-site internships were made possible by nominations and reference letters from my faculty mentors.”

During the summer of 2017, Matt interned at the University of Arizona in a cancer biology lab searching for stem cells responsible for functional salivary glands so that cancer patients could have better rehabilitation options following radiation therapy. Later, as part of the UTSA Honors College Citymester Program, Matt also interned at Freetail Brewing Co. where he was tasked with building an analytical laboratory, which later led him to his career.

Matt encourages Future Roadrunners to be bold and put yourself out there, “You will never be alone as a Roadrunner. The opportunities at UTSA are unending.” 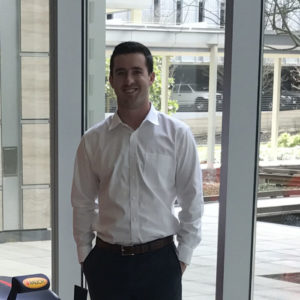 Garrett works as a financial analyst supporting engineers in Houston and South America for ExxonMobil Development Company, a subsidiary of Exxon Mobil Corporation that plans and constructs upstream oil and gas projects.

Garrett will never forget when he first transferred to UTSA and walked into the Business Building and saw the Bloomberg terminal lab that is used by the Investment Society. By joining the Investment Society, he fine-tuned his resume and interview skills and gained technical skills that he now uses every day at his job.

Garrett’s advice to Future Roadrunners is to take on as many internships as possible, “Internships allow you to explore real career tracks and determine which one is best for you. It’s a way to strengthen your resume and have a job secured before you graduate, which is a huge stress relief.” 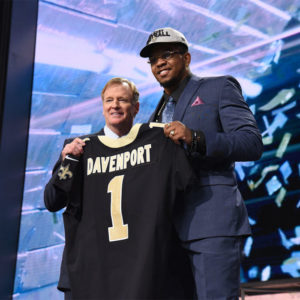 Marcus graduated in 31⁄2 years with a degree in multidisciplinary studies and is an NFL first-round draft pick for the New Orleans Saints. He was selected 14th overall after a record season in UTSA football.

In 2017, Marcus became the first UTSA player to win the C-USA Defensive Player of the Year honor after posting 55 tackles and setting school records with 17.5 tackles for loss, 8.5 sacks and eight quarterback hurries. He added four pass breakups, three forced fumbles and had a fumble return for a touchdown.

In college, Marcus was a Rowdy Readers mentor and also volunteered with a dance marathon put on by For The Kids (FTK), a student-run, non-profit organization that raises money and provides emotional support for families affected by pediatric cancer. In January 2017, he served as a member of UTSA’s Student-Athlete Advisory Committee and a Dream Runners volunteer at the Annual Black Student-Athlete Summit. 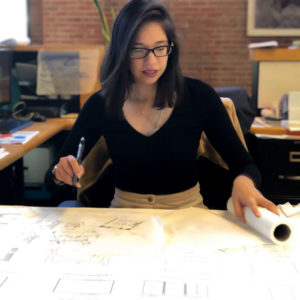 Anagisel works at Overland Partners, a U.S. top 50 design firm according to Architect magazine with over 200 international and regional design awards.

In recent months, she’s worked on a high-end residential project located in Northeast Texas, a welcome center for the Pittsburgh Botanical Gardens, and the urban master plan for Brooks in San Antonio, providing support in architectural design, materials and systems.

At UTSA, Anagisel developed faculty connections that helped her learn more about her field and meet experts in the industry. She was first introduced to two architects from Overland through a professor and later, when she decided to apply to Overland, it was her professor Antonio Petrov who helped guide her through creating a portfolio.

“UTSA has plenty of resources such as classes, seminars, research opportunities, clubs and fellowships that can propel any student toward his or her desired goal. Get involved, ask questions and invest your time in human interactions, especially with those who share backgrounds that are different from your own.” 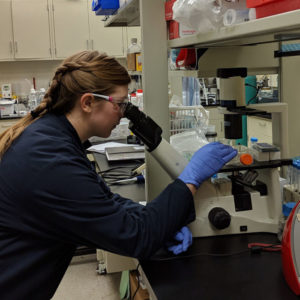 At Southwest Research Institute, Kristen develops medical devices that save and improve lives.

She mainly works on cell culture and nanoparticle synthesis with her colleague, Kreg Zimmern, who also graduated from UTSA. Some of the projects she’s worked on include using bioreactors to expand stem and t-cells, producing artificial blood for tissue preservation and engineering blood vessels.

As a Terry Foundation Scholar recipient 2012-2016, Kristen was able to focus on her studies and join several student organizations. Kristen also received opportunities to perform undergraduate research, which helped her develop a strong set of laboratory skills that she would later carry into her career.

Kristen’s advice to Future Roadrunners is to be as active and involved as possible, “Not only does it enhance your interpersonal skills, your technical skills, and expose you to more people who can help you in the future, but it also makes college that much more fun! It doesn’t matter if it’s a club, intramural sport or research, I’d encourage you to get out there and find something that you enjoy outside of the classroom.”